Professor Cho Won-Sang's team at Seoul National University Hospital Dept of Neurosurgery performed keyhole approaches on 493 patients from 2013 to 2018. As a result of analyzing the complications and risk factors of 110 patients with Multiple unruptured intracranial aneurysms (UIAs), the success rate of ligation of cerebral aneurysms was superior to that of the conventional method, and complications and operation time were significantly reduced.

A cerebral aneurysm is a vascular disease in which microscopic cracks in the walls of blood vessels in the brain form and abnormally swell. The prevalence is estimated to be at least 3% of the total population. When a cerebral blood vessel ruptures or enlarges and compresses the surrounding nerve structures, it causes neurologically fatal abnormalities. It is known that one in three patients who suffer cerebral aneurysms experience two or more multiple cerebral aneurysms, and the risk of rupture is 2-3 times higher than that of experiencing a single cerebral aneurysm. 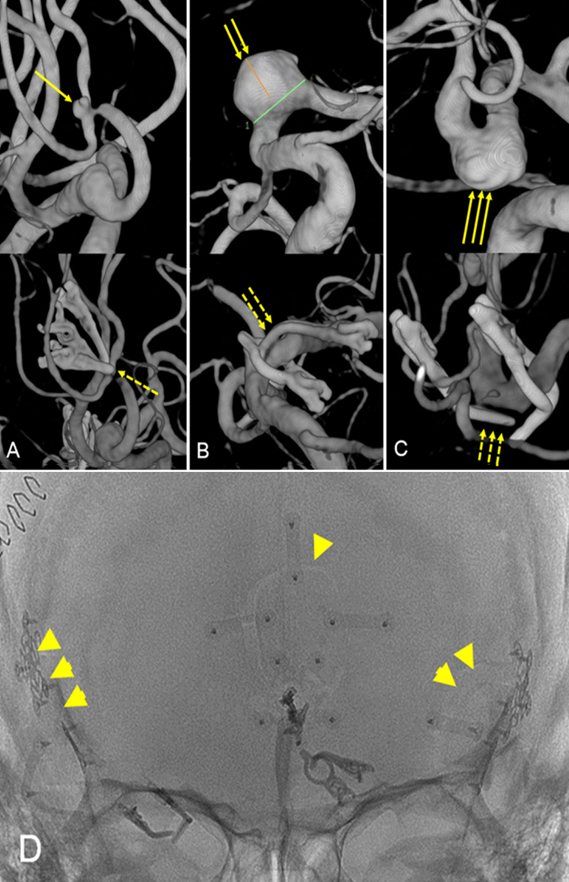 If there is only one cerebral aneurysm that needs treatment, general anesthesia and surgery or procedure are performed. The best thing is to treat the whole thing without complications in one go under anesthesia but in most cases, surgery and procedures are repeated many times under general anesthesia. The burdens of such treatment, such as time, cost, and risk, increases.

The keyhole approach had a satisfactory ligation rate of 97%, and permanent complications such as cerebral infarction and cerebral haemorrhage were only 1.8%. Considering that the satisfactory treatment rate for single cerebral aneurysm surgery or procedure reported by leading foreign institutions is about 80% to 90% and complications from 3% to 14%, the treatment outcomes in this study are better.

It is relatively well known that cerebral aneurysm ligation using the keyhole approach produces almost no bleeding, is cosmetically superior, and minimizes anaesthesia-related complications due to its short operation time compared to conventional surgical methods. However, the operation space for it is narrow and deep, and the difficulty of the operation is high, and it is not widely practised because it requires a lot of experience.

Professor Cho Won-Sang said, "The keyhole approach overcomes the shortcomings of existing treatments, reduces complications, and gives the best treatment results to patients." He also expected, "With the keyhole approach, we have performed cavernous angioma surgery as well as cerebral aneurysm surgery more than 1,000 times. This experience will help treat patients with cerebrovascular disease."

This study, which revealed the clinical results of multiple cerebral aneurysm surgery using the keyhole approach for the first time, was published online in the latest issue of the Journal of Neurosurgery, the official journal of the American Academy of Neurosurgery.

Next Genetic modification, Can it be corrected as wanted?
Prev In patients with chronic kidney disease, special attention needs to be given to the Yo-Yo effect
List