Laparoscopic surgery for rectal cancer, as safe as open surgery 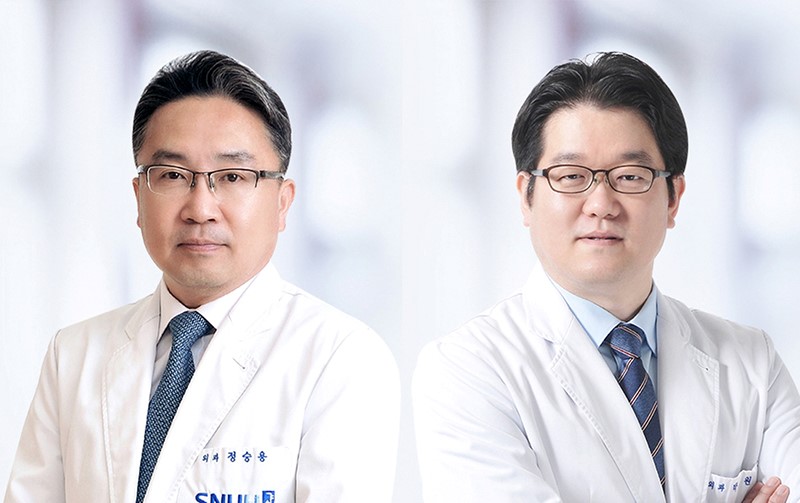 Rectal cancer treatment methods include endoscopic resection, surgical operation, and chemotherapy. In particular, rectal cancer surgery is known as a difficult and complex operation because it must not leave cancerous tissue within the narrow pelvis or damage important tissues and organs such as the autonomic nerve and sphincter.

A joint research team at Seoul National University Hospital (Professor Jeong Seung-Yong and Park Ji Won), the National Cancer Center (Professor Oh Jae Hwan), and Seoul National University Bundang Hospital (Professor Kang Sung Bum) conducted a joint research team of 340 patients with stage 2 or 3 rectal cancer who received chemoradiotherapy before surgery from 2006 to 2009. The results of 10 years of follow-up and analysis after random assignment were announced on the 12th (of April). 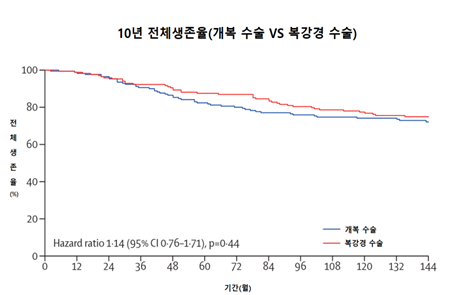 In particular, the research team interpreted this study as a meaningful result considering that no long-term follow-up results for more than 5 years of laparoscopic surgery for rectal cancer have been published. The research team said that the follow-up period was extended to 10 years to evaluate definitive survival because the time for local cancer recurrence before and after treatment for rectal cancer is longer.

Professor Jeong Seung-Yong (Dept of Colorectal Surgery) said, "Although random clinical studies on rectal cancer have been published, there has been no study that analyzed long-term survival through a follow-up of more than 10 years." "This study is meaningful in that it confirmed the long-term oncological safety of laparoscopic surgery for the first time in the world using rectal cancer patients who received chemoradiation therapy before surgery," he added.

The results of this study were published in the latest issue of 'The Lancet Gastroenterology & Hepatology (IF 14.789)', an international academic journal related to lancets.

Meanwhile, the research team reported in 2010 that laparoscopic surgery for the same patients resulted in less pain than open surgery, faster recovery after surgery, and better short-term quality of life. In addition, in 2014, it was reported that laparoscopic surgery was similar to open surgery in terms of 3-year disease-free survival as the primary final indicator of clinical trials.