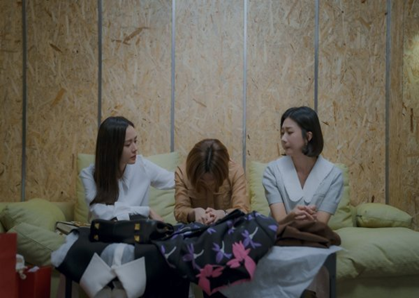 In the recently aired JTBC drama 'Thirty, Nine', Chanyoung is diagnosed with stage 4 pancreatic cancer at the end of her thirties. Chanyeong, who is working to a six-month deadline at the same time as her cancer diagnosis, refuses chemotherapy.

Pancreatic cancer has such a poor prognosis, that it is possible to believe, like Chan-Young, that its “diagnosis is a death sentence.” According to the latest national cancer registry statistics, the 5-year relative survival rate of pancreatic cancer patients is 13.9%, which is only about one-fifth of the 70.7% overall cancer survival rate. More than 8 out of 10 people with pancreatic cancer die within 5 years.

What is the cause of such a low survival rate for pancreatic cancer, and how can it be overcome? From the causes, and symptoms to the treatment of pancreatic cancer, we covered everything you should know about it in Q&A session with Prof Ryu Ji-Kon of the Department of Gastroenterology at SNUH.

(Q1) What are the causes of pancreatic cancer?

Pancreatic cancer is a malignant neoplastic disease of the pancreas. As with other cancers, the cause is not specific. Aging, smoking history, and chronic pancreatitis may be some of various risk factors that contribute to its occurrence.

In particular, the incidence of pancreatic cancer greatly increases depending on gene or family history. Even if there are only two patients with pancreatic cancer in the family, the probability of getting pancreatic cancer is 10 times higher than that of the rest of the general population. These cases are medically referred to as 'familial pancreatic cancer'.
(Q2) The 5-year survival rate of pancreatic cancer patients is 13.9%, which is very low compared to other cancers. What is the reason?
First, early detection of this cancer is difficult. Pancreatic cancer has few symptoms in its early stages. When symptoms such as abdominal pain appear that the patient can notice, it will already be quite advanced.
Second, the operation for it is difficult. The best treatment for pancreatic cancer is surgery, but the probability of surgery at the typical time of diagnosis is less than 20%. Stage 3 cancer cells will have invaded the arteries around the pancreas, and stage 4 cancer cells metastasized to other organs, such as the liver, complicating surgery.
Third, the likelihood of recurrence is high. When other cancers are detected in their first stages and operated on, the survival rate is 95-100%, and chemotherapy is not required. On the other hand, pancreatic cancer has a high recurrence rate, so the 5-year survival rate after surgery is low at 30%. After surgery, chemotherapy can help prevent a recurrence.
(Q3) What are the main symptoms of pancreatic cancer?
The most common symptoms of pancreatic cancer include abdominal pain, loss of appetite, weight loss, and jaundice. In addition, some specific symptoms of the other common pancreatic diseases may appear. The pancreas is responsible for the endocrine function of regulating blood sugar by secreting insulin and the exocrine function of helping the breakdown of fat by secreting digestive enzymes. Therefore, if the pancreas is damaged, there are problems with blood sugar control, resulting in diabetes, or fat digestion may be difficult, leading to oily stools.
(Q4) How to detect pancreatic cancer early?
A loss of appetite, weight loss, and jaundice are typical prognostic symptoms of pancreatic cancer. Among them, jaundice is a symptom of yellowing of the whites of the eyes or the skin. This occurs because the bile (bile juice) secreted from the duodenum does not come down to the pancreas and accumulate in the blood due to the hardened pancreas. Since jaundice appears relatively early, there is a high possibility of surgery for pancreatic cancer detected when jaundice occurs.
If pancreatic cancer is suspected and you visit the hospital, a CT scan is recommended. If it is judged that the likelihood of pancreatic cancer is very low considering risk factors such as age, family history, smoking, and diabetes, an abdominal ultrasound may be performed.
If there is the uncertainty of pancreatic cancer followed by a result of the CT scan, an additional MRI scan can be used to conduct a detailed examination of the suspected area.
(Q5) How is chemotherapy for pancreatic cancer performed for cases that are difficult to operate on?
Pancreatic cancer treatment is divided into 3-drug therapy (using two drugs other than 5-fu) and 2-drug therapy (using Gemcitabine and Abraxane) depending on the type of drug used. The three-drug therapy is a treatment that involves hospitalization for 2 nights and 3 days twice a month and administering anticancer drugs. On the other hand, in the two-drug regimen, the administration time is as short as 30 minutes, so the administration is performed once a week. If the drug becomes resistant and becomes less effective, you can move on to other treatments.
On the other hand, since anticancer drugs are cytotoxic drugs, side effects of attacking normal cells sometimes occur. In the case of pancreatic cancer, long-term administration of anticancer drugs may cause abnormalities in the kidneys and nervous system. Typical examples include numbness and pain in the hands and toes, or discomfort when walking or using a spoon and chopsticks.
(Q6) How have the results of pancreatic cancer chemotherapy changed recently?
Treatment performance has improved over the past five years due to advances in anticancer drugs. The average survival time of stage 4 pancreatic cancer patients increased from 6 to 12~14 months, and in some cases, patients who were difficult to operate on improved enough to be able to undergo surgery following chemotherapy.
In addition, previous research has shown that people with specific genetic mutations experience an effective therapeutic effect with ‘three-drug therapy’. As a result of the genetic analysis of about 100 patients, it was confirmed that the therapeutic effect of the three-agent therapy could differ by more than three times depending on the presence or absence of the ERCC6 gene. It helped to establish the basis for selecting a more effective anti-cancer treatment.
(Q7) Lastly, what would you recommend to cancer patients and the general public?
“Pancreatic cancer causes a loss of appetite, and if chemotherapy is added to this, the appetite may deteriorate further. However, if you skip a meal, your stamina will decrease, making it easier for you to have side effects from anti-cancer drugs. Therefore, good diet is important enough for us to prescribe appetite stimulants to patients. You should avoid carbohydrates and fats and eat mainly protein, and it may be helpful to get an ‘amino acid’ fluid administration at a local clinic to maintain protein levels.”
“If you want to keep your pancreas healthy, you need to limit your drinking and smoking. This is because they increase your chances of developing chronic pancreatitis, which can lead to pancreatic cancer. Obesity is also bad for the pancreas, so you should try and avoid overeating and maintain a standard weight with moderate exercise.” 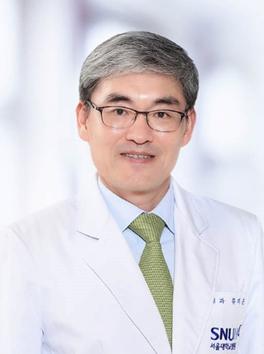