Seoul National University Hospital announced on the 11th of November 2021 that it had signed a consulting contract with the Lao Ministry of Health to build the Laos UHS (University of Health Sciences) Hospital.

Laos UHS Hospital is the first national university hospital in Laos to be built in the capital Vientiane. The goal of this hospital is to improve medical services and the health and medical environment in Laos and to train professional medical personnel. It is a 400-bed (28,700 m2) hospital with 24 medical departments and special clinics. A simulation center (2,900 m2) and various auxiliary facilities (2,700 m2) will be built together.

Leading hospitals in Korea formed a consortium and participated in the bid to select a consultant for the establishment of the hospital. Following fierce competition, the Seoul National University Hospital consortium (Seoul National University Hospital, Korea Health Industry Development Institute, Myeongseung Architecture, Dain Group Engineering Architects Office, Sangji Engineering Architects Office, KCA Co., Ltd.) was selected as the preferred bidder in September, and the contract was signed on the 11th of November 2021.

The cost of the consulting project is 12.6 billion won, and this will be fully financed with a loan from the External Economic Cooperation Fund. Over the four years before its opening, Seoul National University Hospital plans to establish medical and operation plans for the establishment of the hospital, and train local medical staff who will operate there in Korea. After opening, professional medical staff will be dispatched to Laos for three years to transfer medical technology and skills.

Laos is currently experiencing an increasing demand for medical care but lacks patient care infrastructure due to poor medical services. When this project is completed, it is expected that the outflow of Lao patients will be greatly reduced. Also, it is foreseen that it will also greatly contribute to the training of professional medical personnel as the only medical university training hospital in Laos.

Lee Dong-Yeon, head of the international business division of SNUH, who oversees the project, explained, “Just as Korea’s medical care developed remarkably with the Minnesota project in the United States in the late 1950s, Korea itself has been steadily carrying out the work of transferring medical technology to underdeveloped countries through the Lee Jong Wook-Seoul project since 2010. Consulting the construction of the UHS Hospital is also a part of that, and this instance is meaningful in terms of publicity and symbolism as it will be the first national university hospital in Laos.” 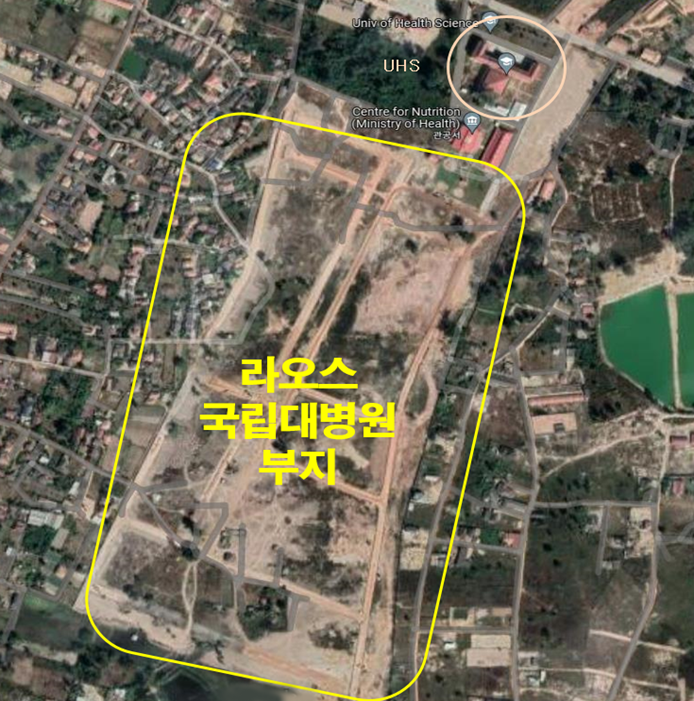