The briefing, which lasted about 30 minutes, was also broadcast live through YouTube for citizens who could not attend it.

□This briefing was held that morning by the Financial Project Evaluation Committee under the jurisdiction of the Ministry of Strategy and Finance to share the establishment plan of the hospital and the development direction with Siheung-si as the Siheung Baegot Seoul National University Hospital establishment project passed the preliminary feasibility study by the Ministry of Strategy and Finance.

□In that day’s briefing, MP Cho Jung Sik explained that the construction of the hospital has made Siheung-si a mid-sized city in the metropolitan area that is second to none. In addition, Siheung-si Mayor Lim Byung Taek announced the policy direction of Siheung-si in connection with hospitals.

□This briefing was held jointly by the three institutions and local MPs, and it is evaluated as an opportunity to secure trust in the successful establishment of hospitals in the future.

□MP Cho Jung Sik said, “I am very happy to have secured 132.8 billion won in government funds through the passing of this preliminary feasibility study. This was possible because there was close coordination and collaboration between Siheung-si and Seoul National University Hospital, and we will do everything we can to ensure that the Siheung Baegot Seoul National University Hospital construction project, which starts next year, can be carried out without any setbacks.” 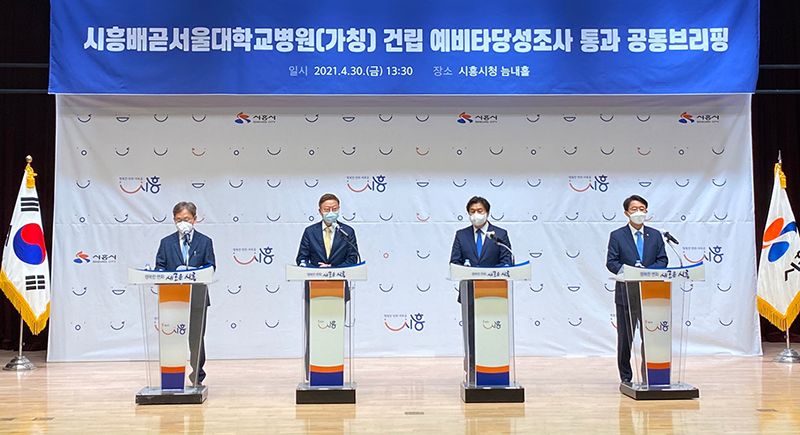